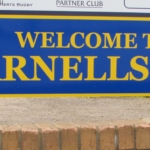 The club has had all eyes on the GAA World Games that has taken place in Waterford last week.  In particular we have been following the fortunes of Parnells Ladies and the London Hurlers team.  From a group of seven teams, the Ladies finished runners up and after beating the Middle East in the semi-final they faced Australasia-formidable opponents-in the final in Croke Park.  It was a tantalisingly close game and unfortunately Parnells lost by a point 1-09 to 2-07.  A gutting loss but the ladies can be proud of their achievements this week, in particular Caoimhne O’Reilly (Goalie) who was awarded Player of the Match in the final.

The focus changes to the Championship for the Junior team this week playing St. Anthony’s and Taras’ in the first championship games.  The team is still developing as a young side and their Mullarkey Cup and League campaign will stand them in good stead and with continued training the side will aim to scale the Junior Championship mountain as they take on the teams in their first attempt in this competition.  Best of luck to them.

The club would like to congratulate Ger and Marie Foley who recently got married in Kerry and wish them health and happiness in their future journey together in life.

Events to look forward to after the summer are the Youth Golf Day taking place on Friday 13th September at Stanmore Golf Club.  Information is in circulation and more details to be on the website soon.  Also on Saturday 14th September we will be hosting our U12 Commemorative Games for the Ryan, Togher and Somers trophies.  This year we will be introducing a new trophy competition for an U13 girl’s competition in honour and in memory of Brendan Lynch (RIP).  We will be welcoming visiting teams including Sean McDermotts from Birmingham and Ballyporeen from Tipperary.  The club will celebrate with football and family fun and hope that it will be a great success and look forward to everyone joining us.