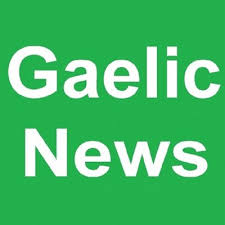 Both the Senior Men and the Youth held their AGM’s in February at The Green Man, Salmon St, Kingsbury, NW9.

Parnells Youth GAA held their AGM on the 18th February 2017.  Tony Griffin (current chairperson) opened the meeting with an overview of 2016.  In a very successful year there were many highlights on and off the field.  To cover all in a brief report is not possible but a few were as follows:  the launch of the new club website (thanks to Tim Slattery), the annual club trip that ventured to Ballydonoghue, Co Kerry, the hosting of our first visiting youth team from Passage West, Co Cork, the winning of the U18 London Championship-‘3 in a row’, the advances made in the club’s ‘Gaelic for Girls’ programme led by Fiona Corrigan and supported by Liam Taylor and our largest membership basis ever.  Players, parents, managers and officers were all thanked for their time, support and dedication.  Outgoing officers; Fintan Doran, John McCarthy and Tricia Madden were also given a special mention for their fantastic work over the years.

Parnells Men held their meeting on the 26th February 2017 and reflected on the previous season and looked positively to the season ahead, welcoming the new manager for the squad, Tommy Ryan.  Tommy hails from Donegal and is an All-Ireland Winner in 1992.