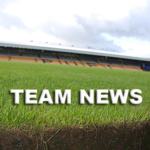 On a warm and sunny evening, the Parnells Senior team lined out against Harlesden Harps in the Senior League.  A mixture of youth and experience yet again produced a winning result.  The game got off to a blistering start with a goal on the first minute by forward Matt McHugh but the team did not capitalise on their great start and ended the first half poorly, 6 points down 1 – 06 to 2 – 09.  The half time talk fired up the players producing much better passing and shooting outscoring Harlesden Harps by 3- 08 to 1 – 02.  Thereby producing a win with the final score being 4 – 14 to 3 – 11.  A good result with a young team against a good side.

Fortune did not favour the Reserve team when they played NLS on Sunday 4th June.  Many of the team had featured in an earlier game and a mixture of injury and availability of players definitely were influencing factors in the outcome of this game against a very accomplished NLS side.  Final Score-Parnells 2 – 07 NLS 5 – 17.

However the result earlier in the week was merely a blip and when Parnells faced Tara on Thursday 8th June, this game took on a different intensity and the players were really up for it.  By half time, the scores were mounting up Parnells 2 – 06 to Tara 0 – 01.  The second half of the game saw no let up and the goals were being shared amongst 4 players.  Final score Parnells 7 – 16 to Tara 2 – 03