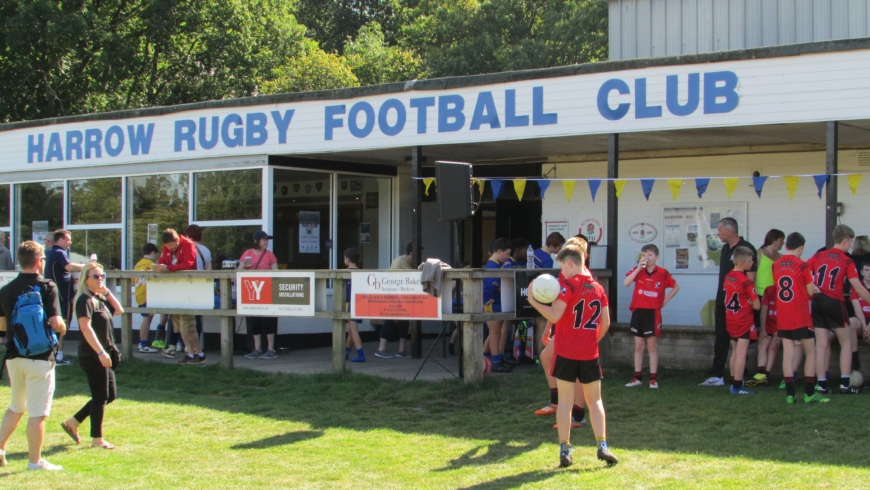 History of the event

Every year the Club ensures that past members lives and contribution to the club are remembered and celebrated.  This began many years ago with the introduction of the Conrad Ryan Cup.  Conrad began playing Gaelic from an early age when the ‘minor’ section of the club was formed.  A talented player and enjoyed training sessions and games alongside his friends, many of whom played for Springfield FC.

Unfortunately in August 2009, Conrad (age 17) and two other friends lost their lives tragically in a car accident in Watford leaving his mum Bernie, family and friends devastated.  Conrad has been remembered in many ways and the club wanted to honour his memory too.  With Bernie’s blessing, they bought a cup and decided to run an annual competition for the U12 age group.  This began in 2013 and has continued and it is always fantastic that Bernie and his sister always attend to enjoy the day and present the cup and medals to the winning team.

The competition grew year on year and along the way two further trophies were added; the Nora Togher Plate and Gerry Somers Memorial Shield.  Nora was married to Tom Togher and was ever present in the early days of Parnells Minor undertaking numerous jobs and was key to the growth of underage football in Parnells.  Sadly she lost her life at too early an age but it is great that Tom has attended all the competitions overs the years along with his son Shane.

Gerry Somers was one of our coaches amongst many other important roles.  Father to Jamie, Daniel and Chris-all the boys played for Parnells.  There is too little space to try and account for all that Gerry did for the club, he ran a very talented side and when he passed away there was a void left that was difficult to fill.  Jamie and Daniel moved on to play with Harlesden Harps and Chris puts his ‘boots on’ now and again.  Again the boys always try and make the presentation of the shield, Gaelic games of their own permitting.

This year another trophy was added to honour and remember Brendan Lynch.  Brendan was taken from us suddenly earlier this year and the club thought it would be very fitting to have a cup in his honour for a girl’s competition which had up until this year been non-competitive.  Brendan was connected to all sections of the club and was latterly involved with the promotion and organisation of Parnells Ladies.  His wife, Josephine came to present it and that was very much appreciated.

So back to the present day and what a great event took place this year.  Teams from London:  Parnells, St Kiernan’s, Taras, TCG and NLS took part from London, Sean McDermotts travelled from Birmingham and Ballyporeen/Skeheenarinky Juvenile from Tipperary, all playing for the Conrad Cup and Nora Togher Plate.  In the girls competition it was just three teams:  Parnells, TCG and Tara/St Kiernans who combined on the day who were playing for the Brendan Lynch Memorial Cup and Gerry Somers Shield.

Approximately 35 games took place including two semi-finals and two finals with fantastic football on display.  The girl’s competition was completed first with the Cup being won by TCG and the Shield being played for on a friendly basis by all the girls split into London White and London Green.  Although numbers participating in the girls section was very low, it was great to see many of them come out to play a game that they love.  The Conrad Ryan Cup final saw Parnells play Ballyporeen/Skeheenarinky and the visitors coming out as winners.  The Plate final saw St Kiernan’s play Taras with St Kiernan’s winning the Plate. 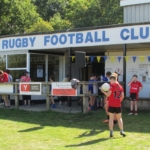 The football wasn’t the only thing to enjoy on the day.  As the competitions played out, there was plenty to do off the field.  Bouncy castles, music and food and refreshments to enjoy in and around the clubhouse.  It was fantastic to have Sean McDermotts make the effort to travel from Birmingham and although they didn’t reach the final they were in a very tough group and reached the semi-final.  As the evening approached, the club house was packed to watch the All Ireland replay and although not the popular win, hats off to Dublin who made history winning 5 in a row.  Food was plentiful for all and finally everyone could relax with the club from ‘Tipp’ celebrating their cup win.

The event was successful down to the hard work of the committee and parent volunteers.  The club recognised the time, generosity and kindness of so many people who make themselves available and step up when things need doing.  Colin McGuinness (Youth Chair) led from the front, the decision maker and delegator! Michelle Rattigan and Veronica Bailey did an incredible job shopping and feeding our guests from Tipperary and all the participants who came to Harrow Rugby Club on Saturday and also found the time to host children as well.  Taz helped co-ordinate the trip, hosted and was here there and everywhere and we were fortunate enough to have his wife Sarah perform and sing beautifully.

The lovely ladies who helped all day front and back of house:  Mandy, Nicky, Joanne, Maggie McGuinness, Eileen, Josie, Maggie O’Rourke, Marie Bourke, Caroline Welby, Teresa, Helen, Caroline Ruddy and Monica.  Thanks to all the coaches: Ollie, John R, Michael, John M, Dennis and Kevin who were either looking after the players, refereeing or umpiring.  On the subject of referees, it was great to have Gavin Watchorn, the new London CDA there to referee the games and help when it came to organising the results and semi-finals and finals.  Also a big thank you to another young referee, Aiden Doran who always helps without question, taking on responsibility at a young age.

The club looks forward to hosting this event again next year and is thankful that it was a success.  For more photos, visit the youth gallery section.