There has been fantastic news from Waterford this week where teams from all over the world have gathered to participate in a week of international gaelic football and hurling.

Parnells Ladies travelled again trying to repeat their winning feat of 2016 as they play to retain the World Games Cup.  From a group of 7 teams they finished runners up and after beating the Middle East in the semi-final they faced Australasia-formidable opponents-in the final in Croke Park.  It was a tantalisingly close game and unfortunately Parnells lost by a point 1-09 to 2-07.  A gutting loss but the girls can be proud of their achievements this week, in particular Caoimhne O’Reilly (Goalie) who was awarded Player of the Match in the final. 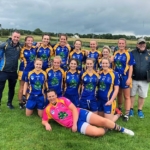 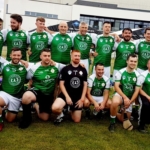