By Irene Sheridan Tue 7th May 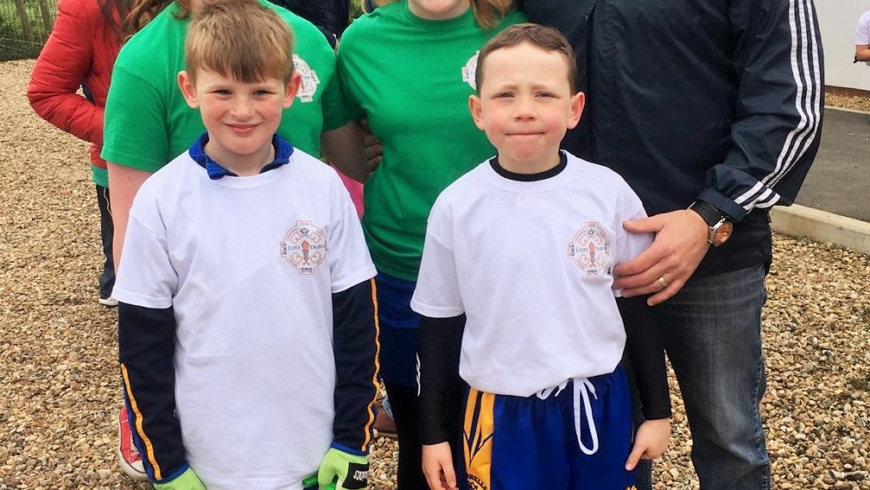 It was a fantastic game at McGovern Park with London unlucky not to secure an unexpected victory.  Narrowly losing by 4 points there were opportunities to win the game.  It was wonderful to see so many players in the squad and on the team that were born and grew up in the county.  Prior to the game, one of the coaches gave an insight to the demographic shift of the team and if you have time, please read highlights of the news piece below.

(The full article can be found on the website www.gaa.ie).

Thirteen of the London panel that will face Galway in Sunday’s Connacht SFC quarter-final were born and bred in the city.

That’s a considerable demographic shift from the usual make-up of London panels which over the years have traditionally been staffed by economic migrants from Ireland.  This cockney revolution is the product of some excellent work being done in schools and clubs across the city.  But it’s not just an admirable development, it’s a necessary one.

London team coach Michael Maher, himself a born and bred Londoner, explains there is now an onus on the London county board to produce homegrown players rather than rely on migrants.

“I think it’s well documented that the number of players transferring to London has gone down I the last five years, year on year,” Maher told GAA.ie.

“So the number one for us is to have a pathway of players coming through. That’s very important. Certainly for the younger players who are in London to be able to look up to the senior team and be able to realise that if I’m good enough and work hard enough then there is a realistic path-way.

“Probably going back 10 or 12 years that pathway was never there and you might have one London-born player on the panel every couple of years. Whereas now without the London-born players we wouldn’t really have had a squad this year.

“So it’s going to become ever more prevailing year on year as numbers do dwindle down of lads coming over that players within London are growing up with a desire to, number one, play for London, and, number two, believe that if they are good enough then they’ll be given that opportunity.

“That’s something that we’ve tried to instil this year within the group.”

Therein lies the future too for both London senior club teams as well as the London county senior football team.

“Kids of all different backgrounds are now playing Gaelic Football and the hope is that eventually some of the players that are now U-14 will make a breakthrough soon. It doesn’t matter if that kid is of Irish descent, English descent, or African descent.

“If they’re good enough they’ll be given that opportunity to play.”

Years from now, this 2019 season may be regarded as the beginning of a new era for London Gaelic Football.

There’s been a large turnover of players from last year and the greatest influx yet of native-born Londoners into the panel.

“No-one is even considering this a match for Galway. That’s what we intend to do. We want to bring Galway into a contest whereby they go away afterwards saying that they actually had a contest, whether we win, lose, or draw.

“We want to be ready to give 100 per cent ourselves, give a good account of ourselves, and control what we can control. After that, you never know what could happen.”

Whatever does happen on Sunday, you get the feeling that London are in the process of laying solid foundations they will be able to build on handsomely in the years to come.

With the subject of London born players in mind, the U17 London Development team had a great win v Warwickshire 3 – 14 to 0 – 03.  Parnells had a number of talented players involved:  Eoghan Reilly, Niall Twomey, Jack Curd, Ethan Roach, Aiden Doran and Jo Jo Thaby.  What a wonderful opportunity to then be able to watch the game afterwards and aspire to one day playing for your county at Junior or Senior level.  That is also what many of our home grown youth players who now play for the Junior Mens team also hope to do.

Well done to our players who also togged out at half time and participated in a display:  Madi Cox, Ava Ruddy, Dermot Cox and Sean Faherty-Connolly.  Young stars in the making. 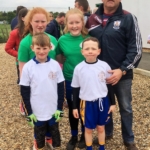