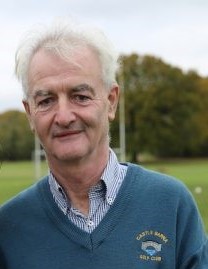 Our club has been dealt another devastating blow with the sudden and tragic loss of Brendan Lynch (age 62).  The club was informed of his untimely passing last Sunday and are trying to process another loss of a great clubman and gentleman.  Having recently come to terms with the death of Tom Farrell (RIP) earlier in the year; the death of Brendan seems almost surreal. 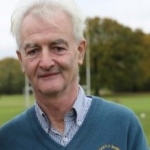 There have been a number of tributes from across the GAA community and like his friend and clubman Tom Farrell (RIP), Brendan devoted a large part of his life to service (voluntary roles) and support of the Mens and Ladies sections of the club, county and province.

It would be great to know more about Brendan’s early background but at the time of writing this I wanted to be sensitive to his wife Josephine and therefore I hope to add to this tribute with more details at a later stage.   Brendan was originally from Trim in Co Meath, Ireland and resided in Hatch End.  He was first introduced to Parnells by Martin Diggins around the early 1990’s; as Joe Regan recalled ‘He used to come in for a drink in the evenings when Parnells Club first opened (Kingsbury base) ‘.  He quickly became involved and held the position of registrar in 1998, Secretary and Chairman around 2007-2009. He stepped up to the plate when Martin Diggins (RIP) passed away.

He actively became involved with the Ladies Section in the 1990’s, that’s when I first met Brendan.  Ladies football in London had been growing at a fast pace and Brendan’s involvement with the Ladies team had a great effect on its’ later development.  Over the years Brendan held numerous positions and was currently Vice Chairperson.  At Provincial level, he was a former President of the Ladies Provincial Council and long term supporter of the London Ladies football team. 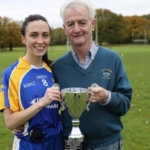 A number of people involved with Ladies football have paid tribute to him.

Tommy Donohue, who knew Brendan since he became involved with Parnell’s, described him as a

“big hearted” man and a “real character….once Brendan got involved with Parnells he fell in love with the club’.  He followed on with “He was an incredibly decent man. I know for a fact that he helped girls with mortgages and school fees. If you were Parnells, you were never in trouble when Brendan was around.  He was also a great man for the youth and was always working away in the back ground helping players who’d come over.  He’d want to know if everything was going well for them at work or whether they had any issues. He was brilliant like that. He was just an incredible club man.”

From my conversations over the years with him (there were many), Brendan was a great believer in communication and the positive impact the internet could have for the club in terms of websites.  He was involved with the Ladies website and also gave me great advice when the current club website was set up and continued to be very complimentary about it.  Brendan was also the man originally behind the London GAA website and setting it up.

Jackie McCowen, a member (player and officer) of Parnells Ladies since 1990, echoed Tommy’s comments. She said:

“He was a go-to person for everyone – he helped out a lot of people both financially and emotionally. He’d give you the clothes off his back.  He did so much behind the scenes. He’d go out of his way to pick up people for training and make sure they got home.  He travelled all over Ireland and the country supporting Parnell’s. He was always there come rain or snow.”

‘On behalf of the club (Parnells GFC) we are shocked and deeply saddened to learn of the sudden passing of Brendan Lynch.  When the club suffers the major loss of such a great clubman it is a traumatic blow …but more than that, it is his wife, Josephine and his family that are in our thoughts.  Brendan always had time to speak with everyone across all sections of the club…and was also a great advocate and supporter of the Youth development and attended all events where possible…he will be irreplaceable and will leave a big void across the club’

London Ladies Chair Lucia Butler, said: “Brendan did a huge amount for ladies GAA in Britain and news of his passing is passing is shocking and devastating.  London Ladies would like to offer its sincere condolences to Brendan’s wife Josephine, and our hearts go out to everyone at Parnells.” 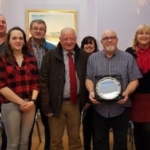 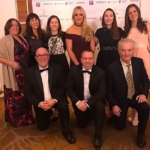 Speaking on behalf of the LGFA, President Marie Hickey said:

“The news of Brendan’s passing has come as a shock to all of us. As well as working so brilliantly for Parnells and London, he also served on the provincial council of Britain for many years. We offer our deepest condolences to Brendan’s wife Josephine and family at this difficult time.”

Brendan and his wife, Josephine, had planned to move back to Ireland and had bought a house on the banks of the River Boyne in Meath.  It is so sad that their return together will now not be fulfilled.  The club extends our sympathies and condolences to Josephine and his family at this difficult time.  The loss of such a great clubman and Gael in London will have a profound impact on the club and the GAA community in general and he will be greatly missed by all.  May he Rest in Peace.

If anyone who reads this tribute and would like to let us know about their own memories of Brendan, I will gladly include it and update this in the future.  Or indeed if anyone has their ‘own story’ to tell about a relative or friend that was connected to the club, please email and I would be happy to discuss further.  It is important to capture the memories for the history of the club while we still can.